A 32-year-old man, Sani Garba, who was paraded by the Niger State Police Command for supposedly raping a 60-year-old woman, has begged for forgiveness, saying he was excited by her ‘shaking buttocks.’

The state Police Public Relations Officer, Wasiu Abiodun, on Friday revealed that the suspect was arrested by operatives attached to ‘B’ Division, Suleja, adding that he would be charged after investigation. 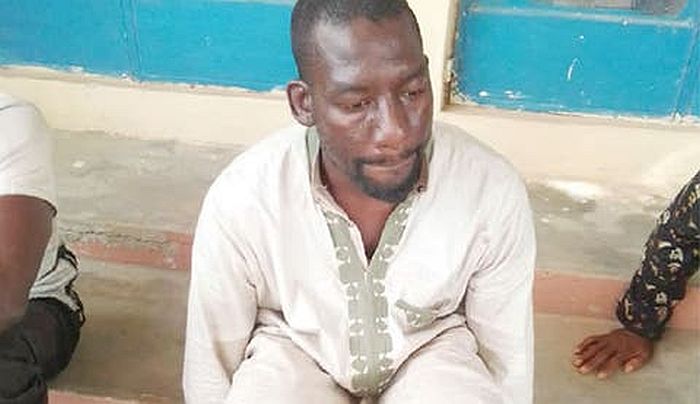 According to reports, the defendant barged into the room of the victim on July 18, 2020, around 4.30 pm and raped her.

Garba told punch reporter that he forcefully had coitus with more than three old women in the community. When questioned he revealed.

“Since I didn’t have money to maintain a girlfriend for, I resorted to having sex with old women in my area and I enjoyed doing it. At times I would ask myself ‘why am I into this nonsense?’ It is quite unfortunate that I found myself in this situation.”