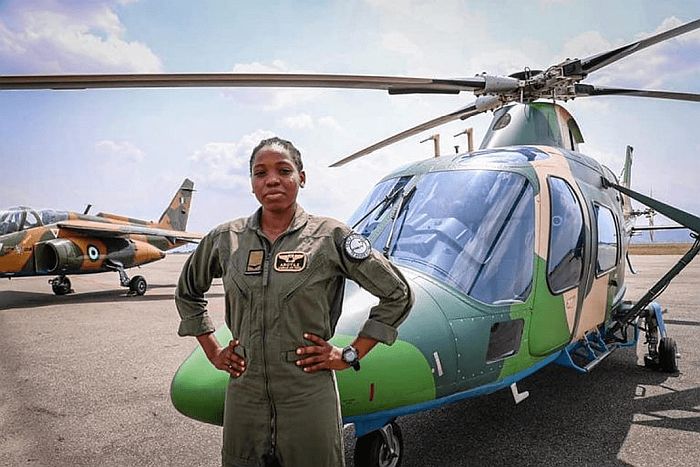 Following calls for investigation into the circumstance surrounding the death of Tolulope Arotile, Nigeria first female combat pilot, the Nigerian Airforce has revealed that no foul play was discovered during the course of their investigations.

According to reports, she was knocked down by a vehicle driven by an old schoolmate at the NAF Base in Kaduna.

Several prominent Nigerians raised eyebrow over the death with some querying how a vehicle in reverse and trying to greet her can hit her thus resulting to her death.

“The death of Flying Officer Arotile was caused by blunt force trauma to the head and significant bleeding resulting from being struck by the vehicle.”

“The Nigerian Air Force, being a highly professional and disciplined organisation, will not join issues with any individuals or groups regarding the spurious allegations of ‘foul play’ espoused in some quarters. Suffice it to say that Flying Officer Arotile was a pride of the NAF in whom the service had invested massively in terms of resources, time and energy.

“Consequently, it is ludicrous for anyone to even remotely insinuate malevolent intent on the part of the service against one of its most prized assets.”