After dramatically fainting while being questioned over missing money, Nigerians have mocked the NDDC boss.

Nigerians have mocked the acting Managing Director of the Niger Delta Development Commission, Prof Kemebradikumo Pondei, after he fainted on Monday during an investigative hearing at the National Assembly.

Pondei collapsed where he was seated as members of the House Committee on NDDC grilled him.

The committee had grilled him for about 45 minutes before he became unresponsive.

Pondei has been rushed out of the Conference Room 231, venue of the investigative hearing on illegal spending and mismanagement of funds in the commission. 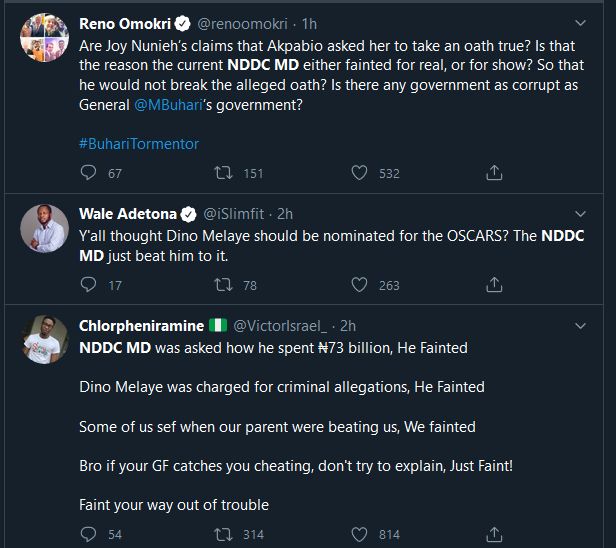 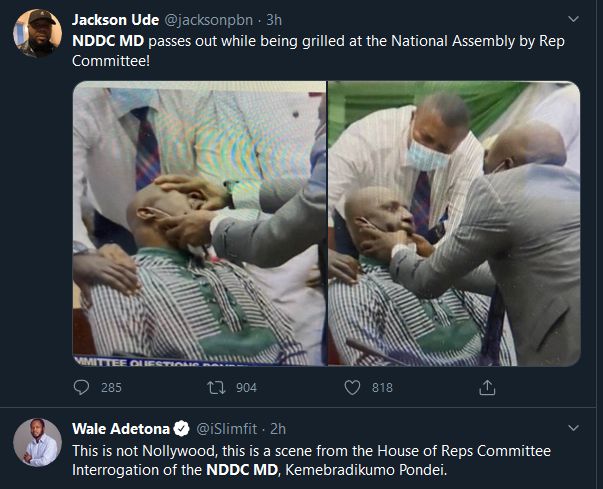 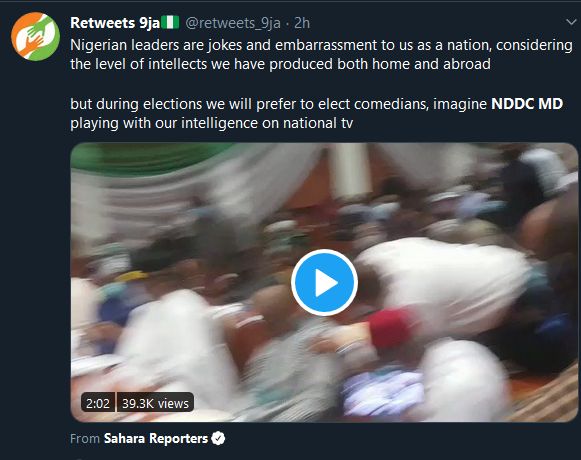 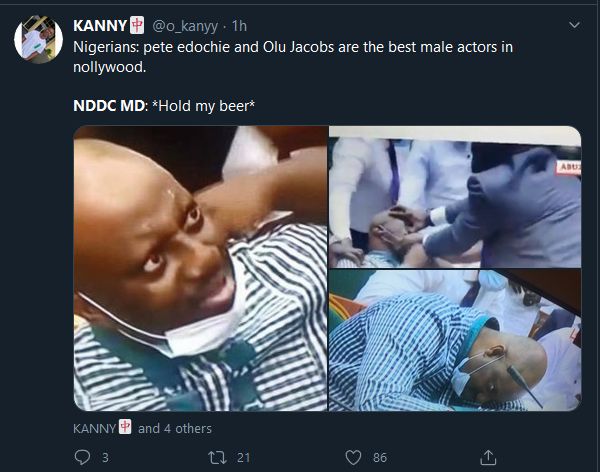