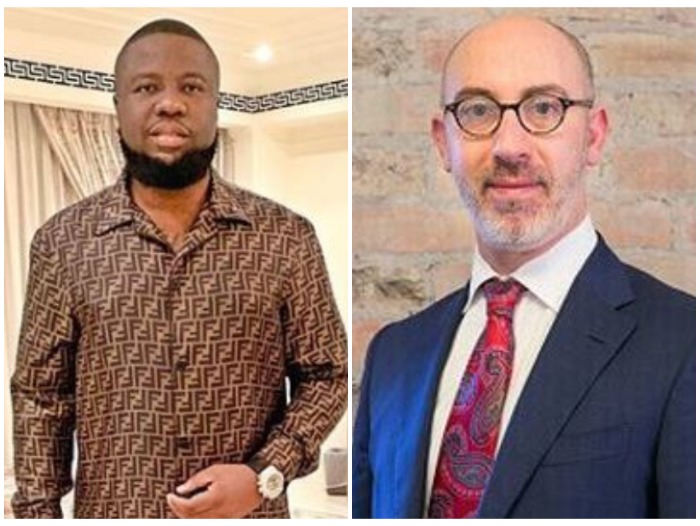 The self-acclaimed influencer, whose real name is Ramon Igbalode, had been arraigned in Chicago on money laundering charges following his arrest in Dubai.

Hushpuppi, a Nigerian Instagram personality, who is facing cyberfraud allegations in the United States, has disengaged Gal Pissetzky, his lawyer in Chicago, after his trial was transferred to California.

The self-acclaimed influencer, whose real name is Ramon Igbalode, had been arraigned in Chicago on money laundering charges following his arrest in Dubai and subsequent extradition to the US.

He had also hired the top lawyer who immediately took up his defense. Hushpuppi was however denied bail in a Chicago hearing, with a judge ruling that he would remain detained until his trial later this year.

According to Premium Times, documents showed that Igbalode’s case has been transferred to the central district of California for prosecution.

It was gathered that the transfer had come after the US government orally renewed its motion for removal in custody and the motion was granted during the detention hearing on Monday.

“Accordingly, Defendant is ordered removed to the Central District of California in the custody of the U.S. Marshal forthwith,” the court ruled after which the defendant was moved on Tuesday.

“As provided by 18 U.S.C. § 3142(f), the defendant is remanded to the custody of the U.S. Marshal and shall remain in custody until further order of the Court.”

It is also understood from the commitment letter sent to California that Hushpuppi had refused to retain Pissetzky as his attorney, requesting that a court-appointed counsel be assigned to him.

The self-acclaimed influencer is said to have conspired to launder hundreds of millions of dollars from business email compromise (BEC) frauds and other scams, one for which he could get a maximum jail term of 20 years if convicted.