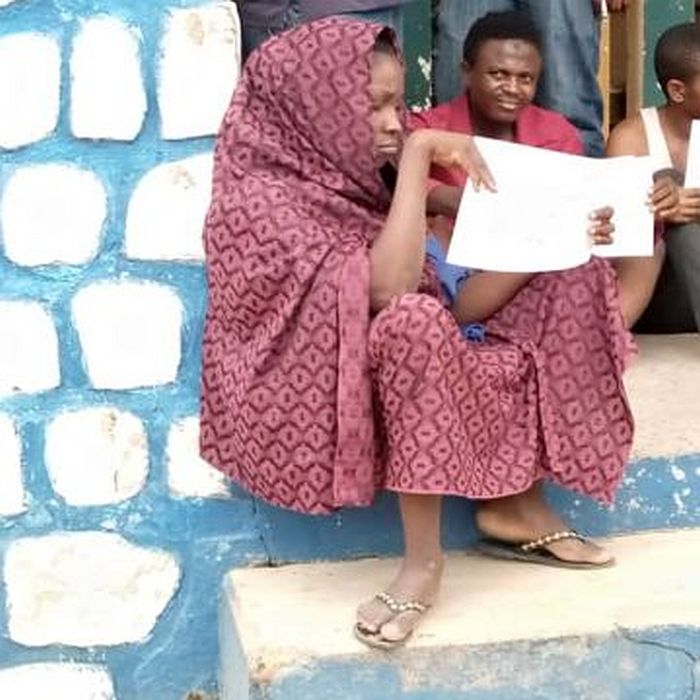 A young wife has told the police why she decided to cut off her husband’s manhood in Taraba.

A 20-year-old woman, Mrs Halima Aliyu has been paraded for allegedly cutting off her husband’s genital over infidelity.

She was paraded on Wednesday by the Taraba State Police Command.

When asked during the parade, the lady told policemen that she cut the man’s private part because he has been unfaithful in their marriage.

Parading the suspect in Jalingo, the state capital, Public Relations Officer of the Command, DSP David Misal, disclosed that Mrs Aliyu on July 1 cut off the private part of her husband, Umar Aliyu with a knife after a row a day before the incident.

He said the suspect would be charged to court as soon as investigation is concluded.

Speaking in an interview with the suspect at the Police Headquarters in Jalingo, Mrs Halima Aliyu said she decided to cut off her husband’s genital due to anger and constant quarrels over unfaithfulness.

“He knows I am a hot-tempered lady. Since we got married, it has always been one quarrel or another, people have always tried to settle the fights without success.

“When I got the information that he was cheating on me, the devil entered into my heart and I cut off his genital. We have four children already. I am calling on women not to be too hot-tempered,” she said.

Also paraded at the police command were six kidnappers, one Facebook account hacker and a job scammer as well as some suspected armed robbers who the PPRO said would soon be charged to court.