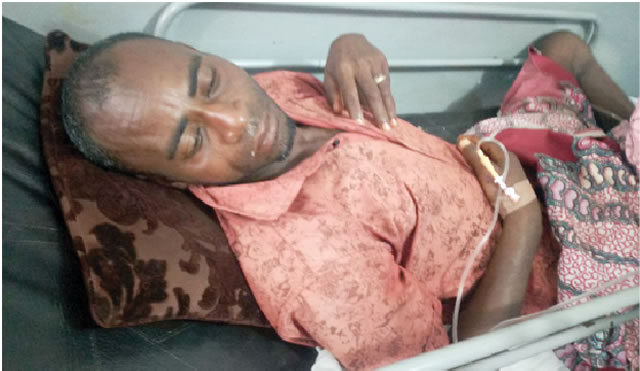 It was the day Halima, the first wife of Umaru, severed his manhood with a knife.

He groaned in pains as he lay on a bed at the Federal Teaching Hospital, Gombe State, where he was referred to after the incident occurred in Taraba State.

The first wife had a male child and a female from the second. The first wife Halima is pregnant. I stay in Tella under Gasso LGA of Taraba State..

I was transferred from the Federal Medical Centre, Taraba to the Federal Teaching Hospital, Gombe.”.

When our correspondent visited the hospital, the victim cut a pitiable sight and urethra catheter fixed to his body to pass urine as his detached manhood was kept in nylon for safekeeping.

Umaru narrated the incident in a sadness-coated voice:

“After I returned from work, I got water to take my bath and ate the food prepared by my wife before I slept. I was later awoken by a sharp pain and I screamed.

“My wife chopped off my ‘bura’ (penis). It was then neighbours were alerted. I can’t say if my food or water was laced with anything with the way I slept deeply. My wife has finished my life and it is unfortunate.”