OH MY GOD!! Nigerian Man Beats Girlfriend To Death After She Refused Him Sex (Photos) 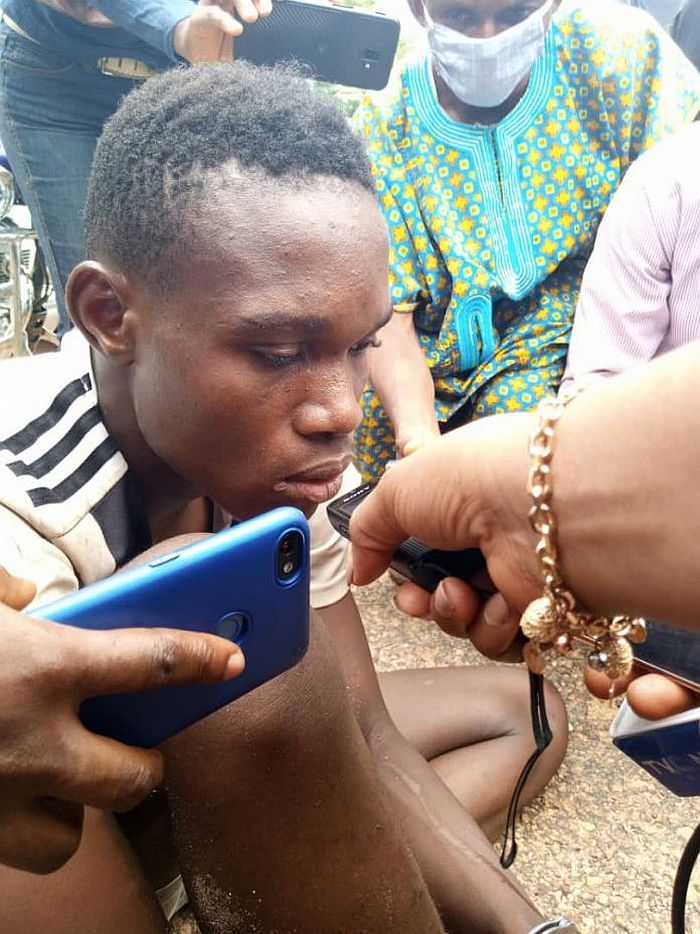 A Nigerian man has been apprehended by the police after he killed his girlfriend because she refused him sex.

A 26-year-old, Shagbada Erigga has been arrested by police in Oyo for allegedly killing his girlfriend, Happiness Winifred, 30, for refusing to have sex with him.

He was paraded today June 30 by the Oyo state Commissioner of Police, CP. Chuks Enwonwu, who said that the suspected murderer, Erigga invited Happiness, a mother of three, to his home to spend the night with him on June 21. They got into a heated argument after she refused to have sex with him.

He punched her three times. She slumped and died and then he dumped her body inside a well in the Ojoo area of Ibadan, Oyo State capital.

The police boss said men of the Ojoo Police Station began an investigation after one Mr. Agu Benson, a resident of Oritoke Area of Ojoo, Ibadan came to the police station to report that he went to fetch water in the well in his compound on June 25 and discovered a floating body.

When interrogated, Shagbada confessed to the crime but said he “accidentally” killed Happiness.

“On that faithful day of the incident, we were showering together and I asked her the reason she has been denying me of sex but she was raising her voice on me and I slapped her and to my surprise, she slapped me back and I gave her just three blows at the mouth and another one on her neck. Next thing I knew, she fell slumped and died.

When I discovered that she has died, I quickly carried her corpse and threw her inside a well in my compound because I was afraid and I didn’t want people to suspect me that I responsible for her death.

But a few days later, her corpse was discovered by my neighbor who wanted to use the well and he reported the case to the police and I was arrested.

I regret my actions. I don’t have intentions to kill her. She used to be my girlfriend. She had told me that she is a runs girl, that she already had three kids and I said no problem, and I promised to take her as my wife before that misunderstanding came up between both of us,” Erigga said

Items recovered from him include one handbag, one Andriod Phone, a pair of underwear, a pack of condoms, a key, and slippers. 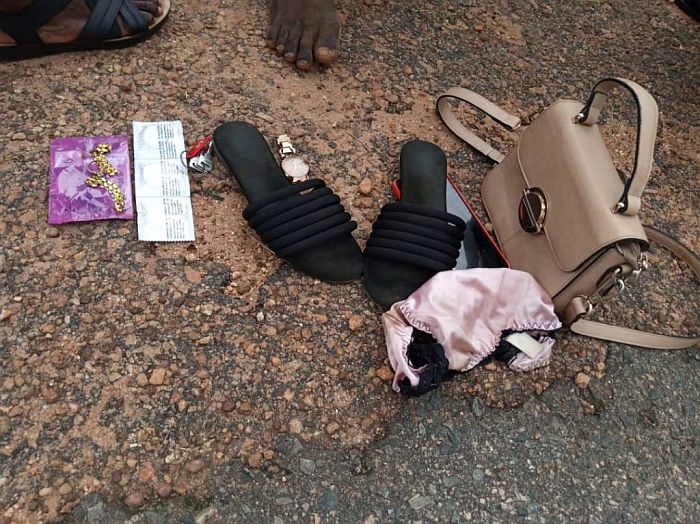