Some twitter users have taken to the social media platform to reveal the nasty things they did with boiling ring (heater) while in secondary school boarding house.

The conversation started after a popular user on the micro blogging platform shared a photo of the device and asked for opinions on what it could be used for. To the shock of many, another twitter user gave a long list of how it’s used, including for abortions.

“Used to cook noodles, used to boil water, used as hair straightener, Used to abort pregnancy (If you know you know), Used to melt butter to oil” She replied 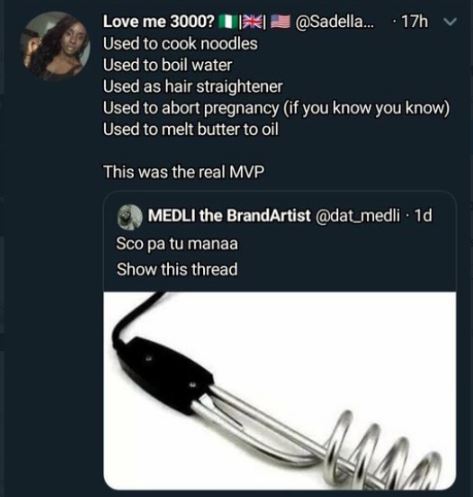 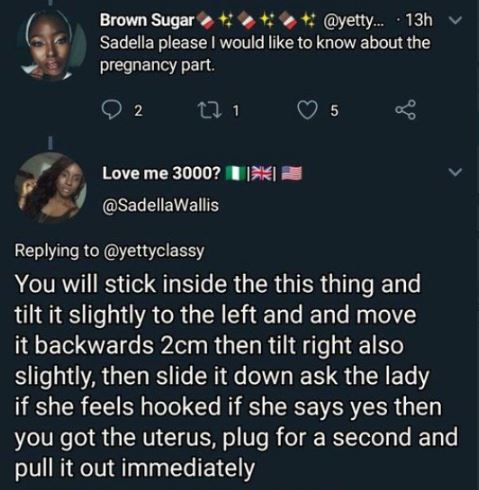