”No David Lyon, No Governor For The State” – APC Youths In Bayelsa Protest Supreme Court Ruling 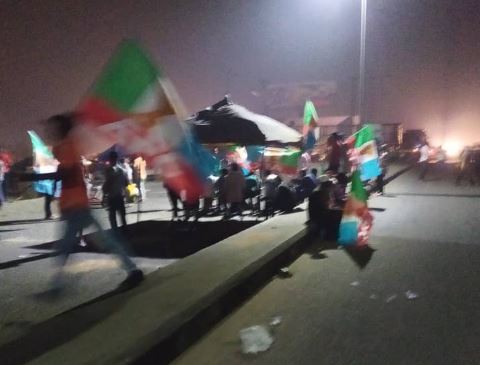 APC Youths in Bayelsa state are protesting the Thursday, February 13th judgment of the Supreme court annulling the election of APC’s David Lyon.

The Apex court in a unanimous judgment sacked Lyon on grounds that his deputy, Biobarakuma Degi-Eremienyo, ran for the November 2019 election using fake certificates.

The court-mandated INEC to withdraw the certificate of return issued to Lyon and release a fresh one to PDP’s Duoye Diri, who came second during the election.

The party youths in a video shared online, said they are against the verdict. They are insisting that the initial plan of swearing-in David Lyon as governor today must go on.