GOBE!!! Man Caught His Girlfriend With Another Man On Valentine’s Day – What Happened Next Will Shock You (Watch Video) 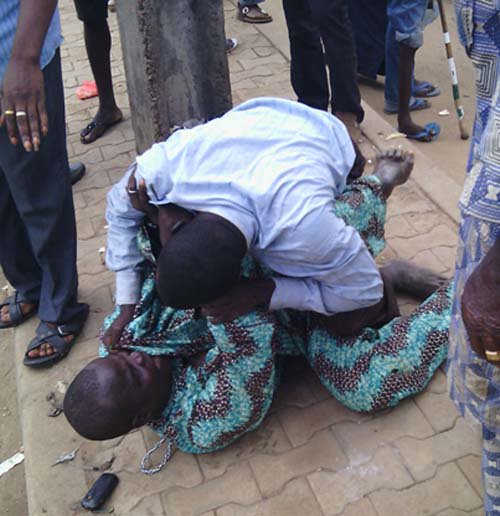 When everybody is still in the spirit of Valentine, a guy who his name was not identified was planning a surprise for his girlfriend.

According to report he has been trying to reach the girl and he decided to go to her place instead hoping to see her since her number was not going through.

Surprisingly for the guy, on getting to her place he met another guy eating her work

This causes a fight between the two guys and they started exchanging blows.