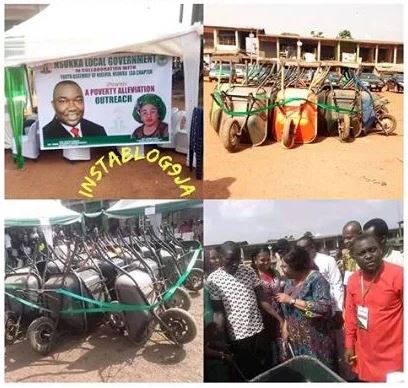 A Twitter user identified as Enugu Metropolitan Network has blown hot steam on a government official’s idea of alleviating poverty in her community.

Taking to Twitter, he dragged the LGA chairwoman, Dr. Ejike Asadu who distributed wheelbarrows to traders on hire purchase.

According to the Twitter user, Enugu State is now in the hands of God.

Sharing the story, Enugu Metropolitan Network wrote: ‘In Enugu State, a transition chairperson appointed by Ifeanyi Ugwuanyi the state governor, has given out wheelbarrows on hire purchase to people of Nsukka LGA. Enugu State is in the hands of God’ 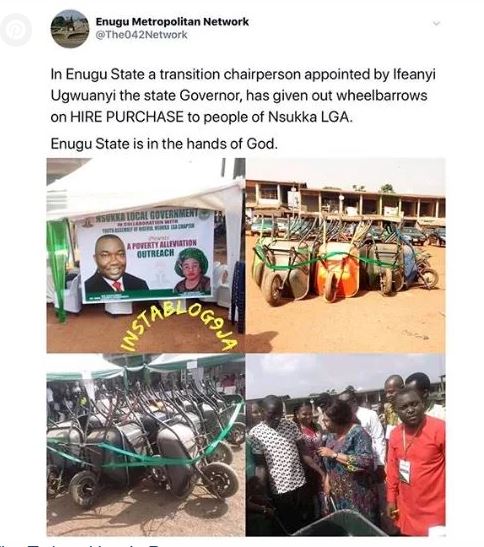