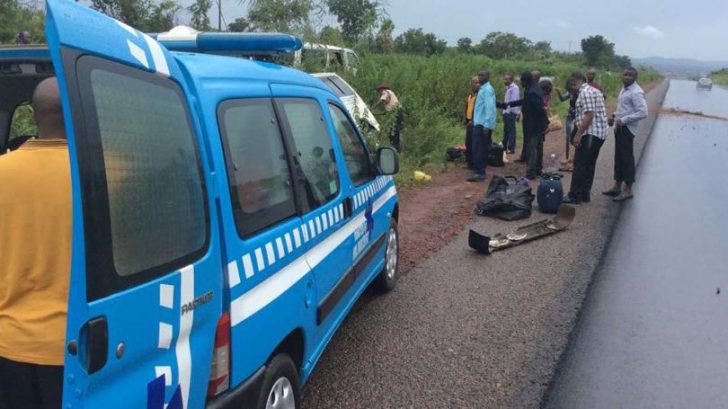 The News Agency of Nigeria (NAN) reports that Oko said 69 vehicles, comprising 60 commercial and nine private vehicles were involved in accidents in which 193 people sustained injuries within the period.

The unit commander said that 239 casualties were recorded in 56 crashes in the period under review.

“Most of the road crashes that led to loss of lives and property can be traced to non-compliance with traffic rules and regulations as well as negative attitude of some road users,’’ he said.

Oko stressed the need to intensify public enlightenment campaign because of the increasing population, urbanisation and motorisation, which had brought about regular occurrence of crashes.

He said this development had become worrisome because roads played a vital role in connecting business and achieving economic growth.

Also, Mr Clement Oladele, Ogun Sector Commander of FRSC, said that over 80 per cent of road crashes were caused by drivers.

“FRSC enjoins motorists to ensure that their vehicles are properly maintained before putting them on the road and shun the use of ‘Tokunbo tyres,’’ he said.

The FRSC boss cautioned motorists to adhere to specified speed limits so that the drivers could easily control the vehicle in case of brake failure.