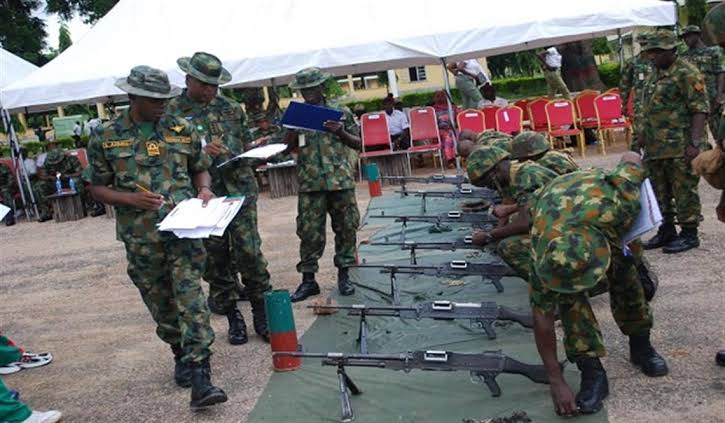 Cadets going on AWOL and re-jabbed, cadets engaging in examination malpractices, sexual misconduct, substance abuse, cadets fighting and disrespecting officers as well as parents of cadets interfering in disciplinary or academic issues are some of the unsavoury things that take place at the Nigeria Defence Academy [NDA], Kaduna and they must all end promptly, its new Commandant Major General Jamil Sarham said in his assumption speech in Kaduna yesterday.

NDA will henceforth be unforgiving of any dangerous and destructive behaviour from any cadet becausean undisciplined cadet presents a serious danger to self and to others, Sarham said. Cadets who disrupt the learning environment will be promptly withdrawn, he also said.

The Commandant also warned cadets’ parents to stop interfering in academy matters. He said“no parent will be allowed to interfere in the well tried and well tested NDA disciplinary process involving any cadet.”

He said “while parents can be of great help to their sons or daughters through these challenging times at NDA, parents can also be a source of distraction to our mutually beneficial task of raising disciplined officers for the armed forces.

Parents need to understand that when their wards, with the parents’ approval, decide to come to NDA, they are committing themselves to a life of discipline, regimentation, hard work, honesty and integrity.”

General Sarham, who is the former General Officer Commanding the 6th Division, Port Harcourt, told NDA’s Military Instructors and Academic Facultyto work collaboratively in order to get quality products out of the academy.

Their work, he said,is mutually reinforcing, since one develops the brain while the other develops the brawn while both strive towards instilling discipline and moral character in the cadets.

NDA’s products, he said,“must exhibit not only intellectual ability but also give evidence that a potential officer has the discipline, persistence and stamina as well as perseverance and motivation to be an officer and a gentleman, a leader of men andin whose hands the lives of many will be entrusted.”

He told the cadets that “to succeed at NDA, you must forge a strong academic foundation and military discipline because a disciplined life, academic success, physical fitness, moral rectitude and an aptitude for leadership and responsibility will be the framework for future success as an officer.

Our eyes will be upon you, to make sure that no sub-standard product escapes through the cracks.

Should we find any of the necessary qualities of an officer and a gentleman missing in you, make no mistake about it, you will not graduate.”