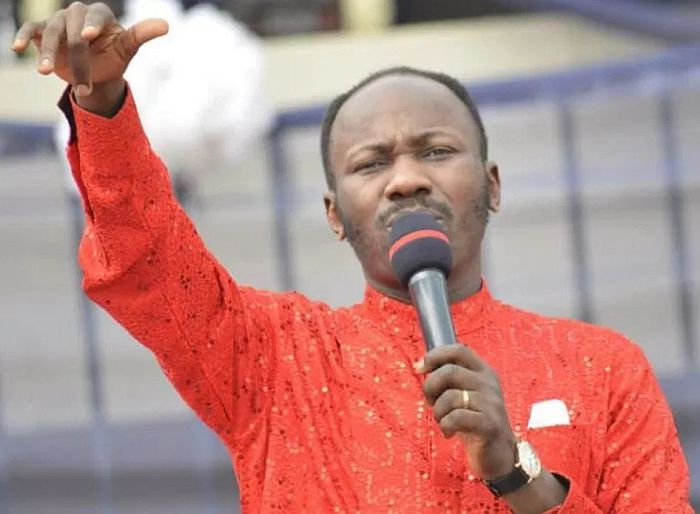 Apostle Suleman of Omega Fire Ministries has reacted to the sack of Unai Emery as Arsenal manager.

Unai Emery was sacked a few hours ago following the club’s 2-1 loss to Frankfurt at the Europa League. Freddie Ljumberg has now been appointed as interim manager.

Reacting to the news, Apostle Suleman who expressed his love for football stated that Unai Emery almost gave people a ”heart attack”. 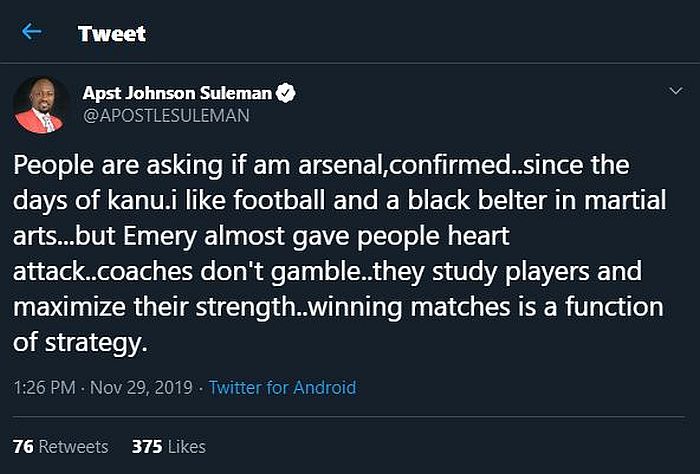 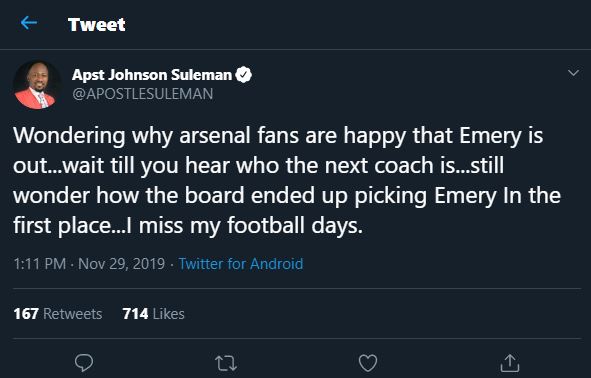