Former minister of aviation, Femi Fani-Kayode has raised concerns over the continued activities of terrorist group, Boko Haram and Fulani militias in the country.

The former minister alleged that the terrorist group been supported by foreign countries such as Turkey, Qatar and Saudia Arabia.

The former minister expressed that what is unfolding in NNigeria led by these groups is alarming and frightening.

Hence, he pointed out that to defeat the terrorist group, there is need for the United States president, Donald Trump and ally, Israel to help Nigeria secure victory. 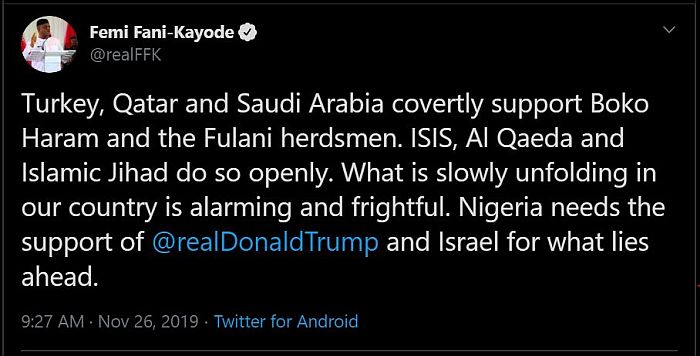