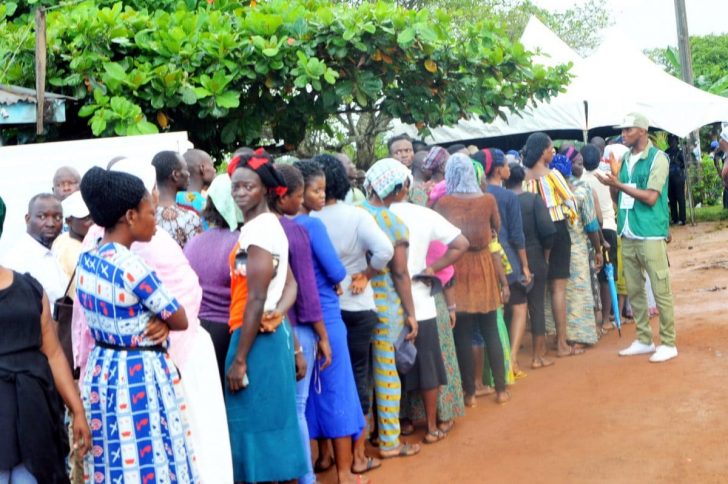 Peoples Democratic Party (PDP) Caucus in the Senate yesterday rejected the outcome of the Bayelsa and Kogi states’ governorship election.

The Senators, led by the Minority Leader Enyinnaya Abaribe, announced the caucus’ position at a news conference in Abuja.

Other PDP Senators with Abaribe during the briefing include Senators Sahabi Yau, Matthew Urhoghide and Philip Aduda.

Abaribe said: “We totally reject the pronouncement made by the Independent National Electoral Commission (INEC) and we are worried about the trend of what happened in those elections.

”The outright intimidation and killings of Nigerians during the elections; we know that those results were not a true reflection of what happened in the field.

”We are also worried about the killing of a Woman Leader in Kogi, even after results had been announced and winners declared.

”We call on the President to direct the Inspector General of Police, Mohammed Adamu, to immediately fish out the killers of the lady, Mrs. Acheju Abu, whose only offence is that she is a member of the opposition.

”What it tells us is that all of us who are members of the opposition are not safe. We hear that the police are launching an investigation, but it must not be swept under the carpet.”

He added that Senator Dino Melaye had also told him that his (Melaye’s) cousin was killed.

”If we leave the matter to continue to stay this way we don’t know what will happen in 2023,” Abaribe lamented.

The lawmaker added: “For INEC, all we have seen is a steady decline in the efficacy of our elections.

”We do not know where they got the figures they declared in Kogi and Bayelsa.

We are in touch with our members in the various states and they have told us that the results did not reflect the voting pattern at the polling booths.

We are totally resolved to confront what is going on in our electoral system.”