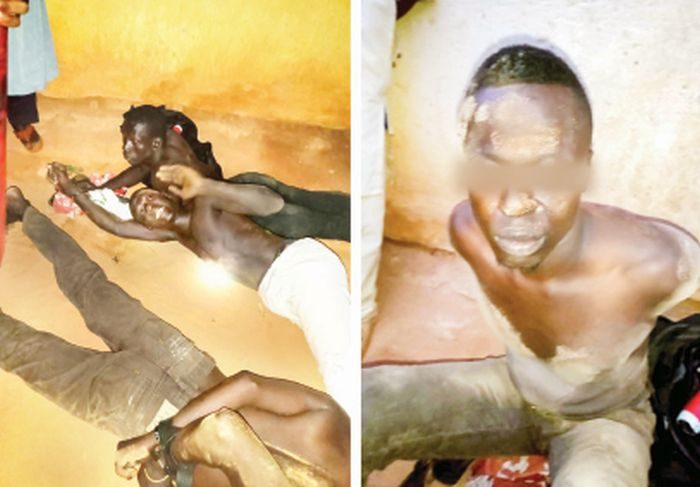 A dreaded robbery suspect who was nabbed in a community in Gombe state, has made some confessions.

At last, there is a relief at Tumfure Quarters in Akko Local Government Area of Gombe State. Residents have finally nabbed a syndicate of thieves raiding the quarters in the past few months.

They wore smiles on their faces and shared their distressing experiences about the wave of theft in their neighborhood.

But even more sobering is the confession of Yakubu, one of the three thieves arrested on Tuesday night at about 3.30 am. He shocked his captors when he confessed that he was born a thief. A former security guard in one Malam Gambo shops at Tumfure Market, he admitted:

“I don’t why or how I became a mugger. All I know is that I was born a thief. My mother had made several efforts to stop me from stealing. She even reached out to some religious outlets and anywhere she could get me help. Yet I grew up to be a thief.

“I do not need arms to break into any house. I wait for Muslims to go out for prayers before going into their houses. I use anything at my disposal to break houses and their locks.”

He revealed he had a customer, who served as off-taker of whatever he stole or made out of an operation, adding that he stole money, phones and other valuables: