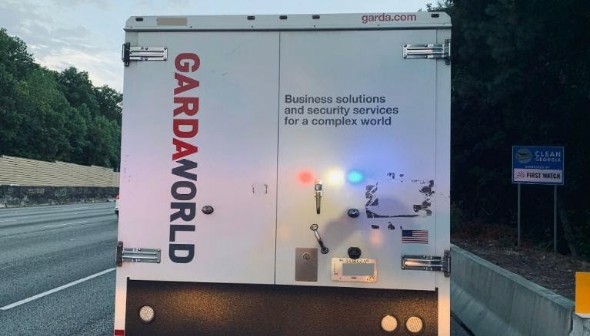 Drivers were forced to pulled over when the door of an armored truck, belonging to GardaWorld Corp, accidentally swung open while driving along Interstate 285 Tuesday evening spilling hard cash everywhere.

The Video above shows dozens of drivers pulling over to the side of the road in Dunwoody, Georgia, and dashing for the cash.

City of Dunwoody Sgt. Robert Parsons estimated about $175,000 (or about ₦63 million) spilled out onto the highway. 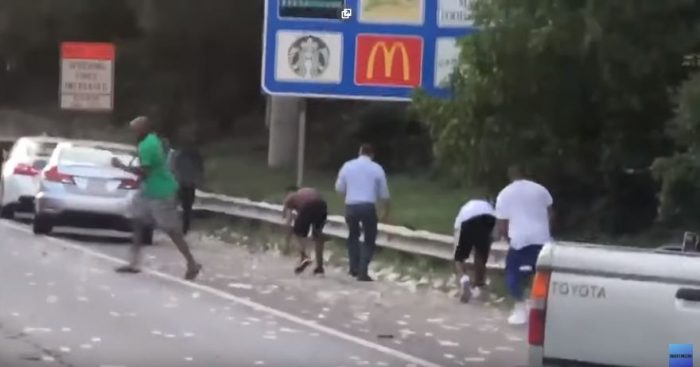 According to the Police department, drivers will not be able to keep the stolen cash:

“Those people who do not return the money, we have video, we have tag numbers. We have footage of people on the interstate,” 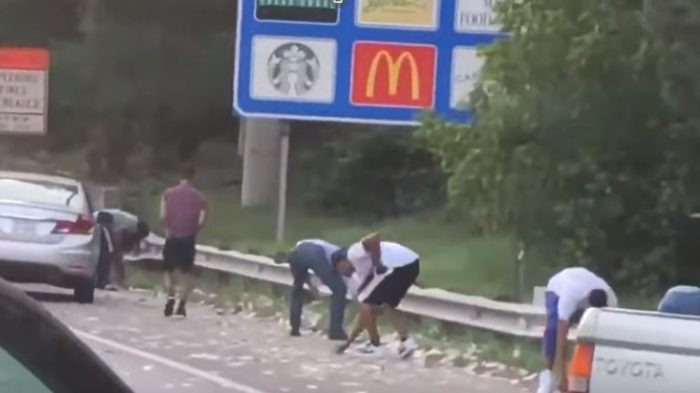 “What we’re asking the public to do is bring the money back. Don’t make us come looking for you, because if we do that, you probably will be charged.”

The City of Dunwoody twitter page showed one person who turned over cash, with the message:

“Honesty is the best policy. Some people have been returning the money that fell from an armored car on I-285 last night. We salute you for doing the right thing.” 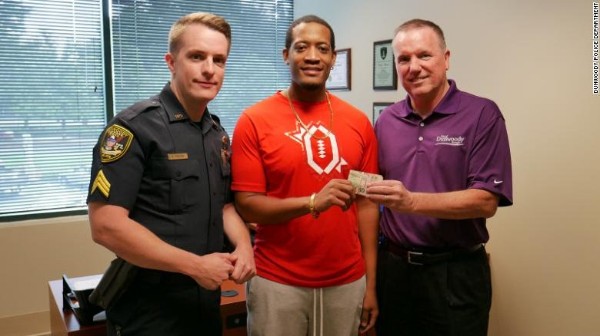