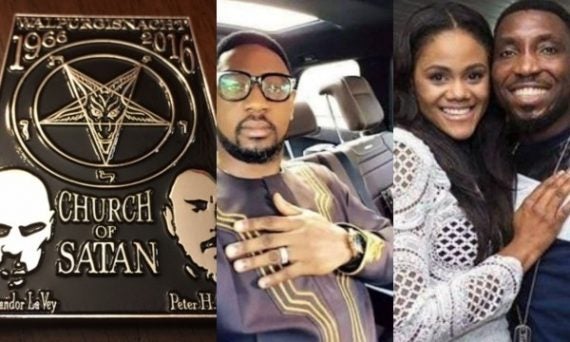 The Church of Satan has joined its voice in slamming COZA pastor Biodun Fatoyinbo over the recent rape accusation against him by Busola Dakolo.

“If a so called Man of God decides to rape Gods children!!! He must be called what he actually is.. a man of Satan!!!!”

The Church of Satan wasted no time in taking to the comment section of the tweet to call out Pastor Biodun Fatoyinbo. They wrote;

However, it’s exclusively men who consider themselves ”of God’ who try to blame a supernatural enemy for their disgusting actions. and the church covers for them, allowing them to do it time and time again. Imaginary friends and enemies get us nowhere. 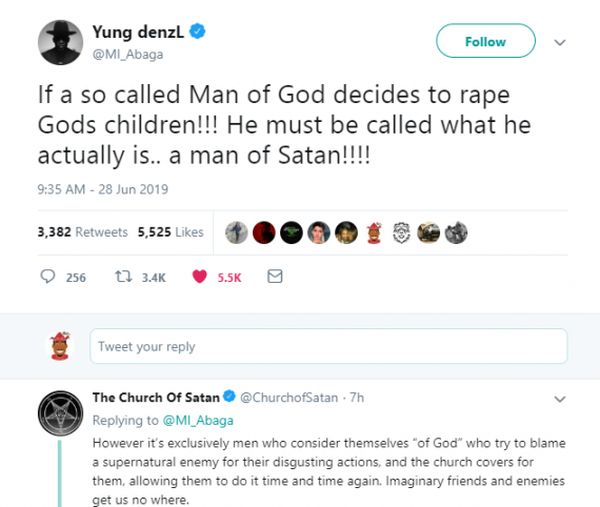