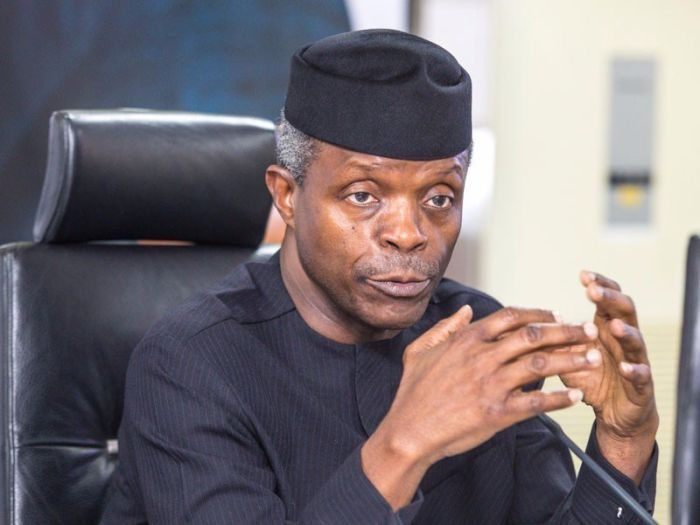 According to a report by The Guardian, Mr. Osinbajo made the disclosure at a town hall meeting with some members of the Nigerian community in New York.

“The same thing we are doing with the Homegrown School Feeding Programme where we give children in public schools a free meal every day, and we are feeding about 9.5 million children in 31 states.”

The vice president said the initiative was key to addressing malnutrition which is related to poverty. “And we have found that as a result of this programme, school enrolment figures have gone up significantly,” Osinbajo said.

While highlighting different aspects of the Federal Government’s agenda at the town hall meeting in midtown Manhattan, Osinbajo said the whole essence of the policies and programmes on social welfare and health care is to take the majority of Nigerians out of poverty.

Mr Osinbajo explained that Social Investment Programmes was one of the ways highlighted to address the problem of poverty in Nigeria when President Muhammadu Buhari administration first assumed office in 2015.

He opined that previous Nigeria governments had never systematically addressed the poverty problem in the way that India, which used to have the largest population of poor people did.

“As at 2010, Nigeria had a population of about 112.7 million people living in extreme poverty and there was nothing in place to address the problem, no social investment programme, no social security, no way of getting people out of poverty.

“Some people are so poor that they cannot afford the basics of life, so the disbursement of N5,000 monthly stipends to such people under the Conditional Cash Transfer has gone a long way in helping them,” Osinbajo said.

He said the huge task of alleviating poverty in the country also spurred the Buhari administration’s decision to come up with the Government Enterprise and Empowerment Programme, GEEP, where interest-free loans are given to petty traders under the TraderMoni scheme.